Your built environment bookshelf is a couple of clicks away 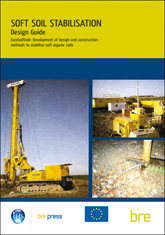 Buy this book This item is normally dispatched within 1 working day and should be with you in 2-3 days (for UK addresses).

In order to be able to stabilise organic soils like organic clay, gyttja and peat, research and development were needed. A consortium of companies and organisations from England, Finland, Ireland, Italy, the Netherlands and Sweden has executed a research and development program supported by the European Commission under the Brite-EuRam program of the 4th Framework Program. The acronym of this project was EuroSoilStab. The full title: Development of design and construction methods to stabilise soft organic soils for the construction of rail, road and other infrastructure.

In the project full-scale tests were executed in several countries. Column and mass stabilisations were designed and constructed. Embankments were built on top of the stabilisation and the settlement and deformations were monitored to compare with the predicted values. Existing equipment was further developed to cope with wider and deeper columns. Quality control systems were developed and tested on the test sites. New combinations of binders were developed and tested in the laboratory and used for the full-scale tests. All the results are combined in this Design Guide.

The EuroSoilStab project has proved that soft organic soils can be stabilised. Organic clay and gyttja gave good results. Peat with high water content needs special attention. Adding sand to the mix of binders will improve the results. The type and amount of binders can be based on the information given in the Design Guide, but field trials are always needed before the final construction of the stabilisation.

This item is normally dispatched within 1 working day and should be with you in 2-3 days (for UK addresses). 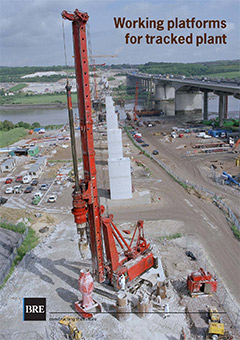